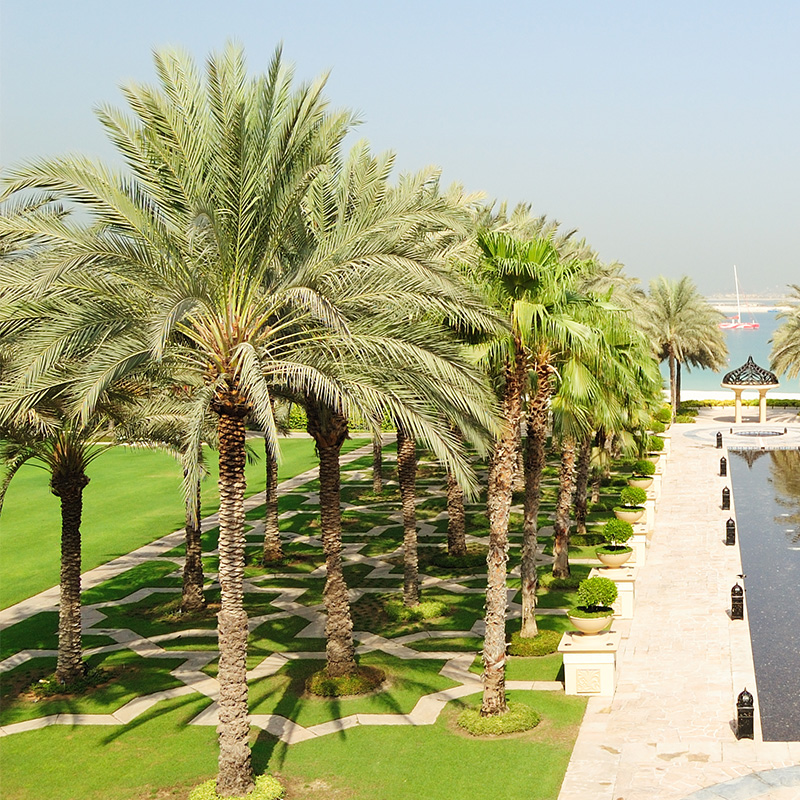 The municipality revealed that it had removed 208 palm trees and 367 other trees, 22 bushes as well as 97,000 square metres of damaged green areas.

The Green Abu Dhabi initiative is in full swing in the emirate, the civic body has announced. The initiative aims to protect palm trees as well as other trees, in addition to planting fencing and landscaping medians in Abu Dhabi.

This initiative is the implementation of the practice set by the late Sheikh Zayed bin Sultan Al Nahyan, giving much care to the agricultural development in the UAE. The campaign has so far succeeded in planting of 2,184 palm trees, 18,702 trees of different types, and fences stretching 2.8 kilometres.

The campaign also included the removal of damaged trees and bushes. The municipality also revealed that it had removed 208 palm trees and 367 other trees, 22 bushes as well as 97,000 square metres of damaged green areas.

The campaign, which started last week, will cover the entire Abu Dhabi. The work includes the maintaining and trimming of trees, rehabilitating and renewing the greens and planting fences to give a gorgeous and environmental dimension. Works included the removal of waste, planting soil cover, dry palms for date-trees, as well as other sorts of local flora, plant fencing, bushes, maintaining date-trees and cleaning sectors.

The initiative reflects the keenness of the municipality to protect the appearance of the city and improve public facilities, parks and streets.

The civic body has set up an emergency centre to manage the campaign where teams will be deployed in three shifts around the clock to make the campaign a success.

The municipality invites community members to collaborate with field task forces by facilitating their mission and understanding any annoyance caused by ongoing work in field locations.